Hello again Idaho. This time will we aren’t just driving through, we will spend a few weeks here.

Updated sticker map. I’m quite disappointed at how quickly it is fading. If you have one, is your’s fading?

This is our 16th state we’ve visited on this adventure.

Driving from Columbia Falls (Glacier National Park ) to Twin Falls, we stopped for an overnight in Dillion, MT.

We discovered that there was a short cut to Twin Falls and on the way we would drive right by Craters of the Moon NP. We have wanted to visit this park since we saw the badge on the wall in a Visitors Center in Oregon. It stood out because it is silver instead of gold or wooden AND it says LUNAR ranger instead of Junior Ranger!

Arco is a small town on the way to Craters of the Moon NP. If you are close, it’s worth a drive through for sure. It’s the first city in the world to be lit by atomic power. We stopped at the park in the middle of town by the high school and had a picnic lunch and the girls played on the playground. 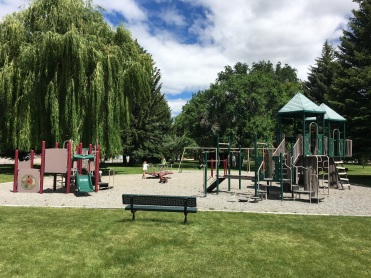 Craters of the Moon National Monument and Perserve

This is the most unique park we’ve have visited. We really felt like we were on the moon.

We started with a ranger led talk at the visitors center…it was the worst ranger led talk we’ve attended. The ranger was so monotone, quiet and spoke on a boring topic. We of course respected him and sat through the whole thing and tried our best to stay attentive. This is what it took him 30 minutes to say: The Wilderness Act of 1964 recognized wilderness as as “an area where the earth and its community of life are untrammeled by man, where man himself is a visitor who does not remain”. Designation of the Craters of the Moon National Wilderness Area was signed into law in 1970. With that legislation, lands within Craters of the Moon National Monument became the first within the National Park System to be designated as wilderness. Now you don’t have to sit through that talk. Instead go out and see the park:)

After the watching the film, getting the passport books stamped, making our pressed pennies, picking up the JR books and maps (our normal routine at VC’s) we headed out on the 7 mile loop of the park. Oh- we also had to obtain a cave permit to go inside the caves. It’s free and all you have to do is answer a few questions and they give you the permit. Be sure to not have on any clothes that you have worn into another cave. They are trying to reduce the spread of White-Nose syndrome that kills bats.

On the loop drive,  we saw the Splatter Cones and Devil’s Orchard from the road but we stopped and hiked Inferno Cone (0.5 mile steep trail). You can see the splatter cones from here as well and a great overview of the valley. Worth the climb.

We had to skip the other trails because we wanted to met a different ranger at the caves for a tour at 3:00 pm. We saw lava tubes-Dewdrop, Boy Scout, Beauty, and Indian Tunnel. It was a 1.6 mile trail across the lava to Indian Tunnel with the ranger then we walked back but detoured out to the others. Wear sturdy close-toed shoes and bring a flashlight (with batteries- we had our headlamps but mine were dead so I had to stay close to someone at all times) and a cave permit (you get that at the VC). 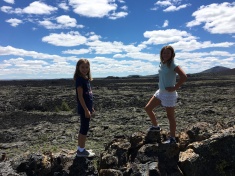 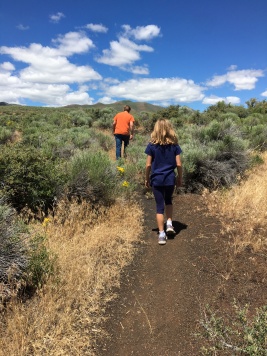 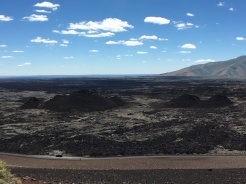 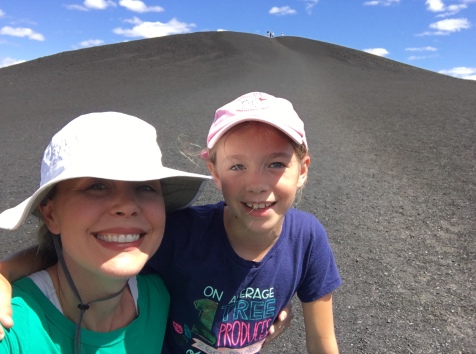 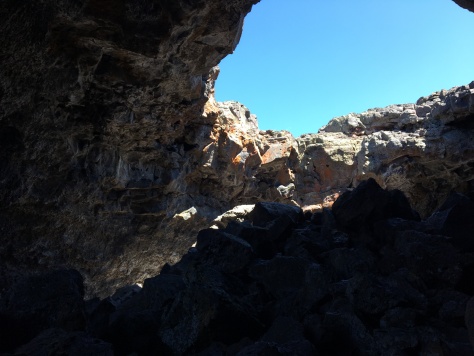 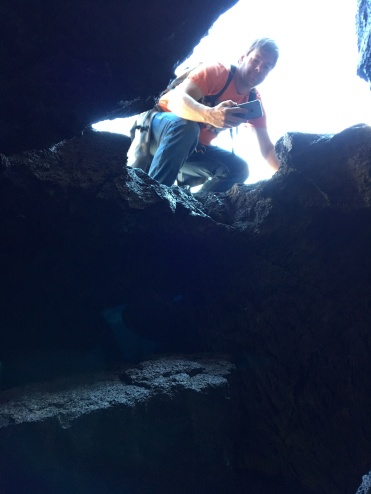 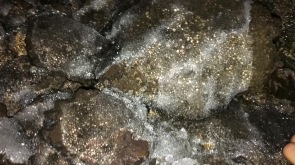 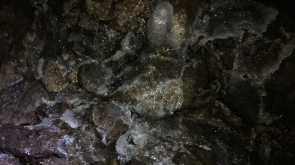 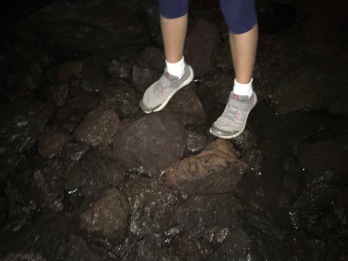 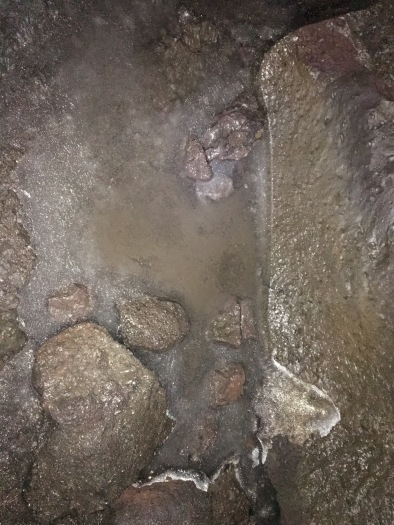 After we finished the ranger led hike, we explored on our own and found ice caves. That’s right ,beneath this barren hot land are ice caves. It was so nice to cool off in these caves.

This park was used by astronauts to prepare for their trip to the moon.

Information found on nps.gov. “Apollo 14 astronauts Alan Shepard, Edgar Mitchell, Joe Engle, and Eugene Cernan landed at the airport in Arco. They then proceeded to Craters of the Moon where they explored the lava landscape and learned the basics of volcanic geology in preparation for future trips to the moon.

The astronauts came to Craters of the Moon because they were pilots and not geologists. NASA felt that these were men who might someday be walking on the moon. They would also have the rare opportunity to collect samples of different rocks on the moon. Since only a limited amount of material (850 pounds total in 6 moon landings) could be brought back, it was important that they know enough geology to pick up the most scientifically valuable specimens.

Since much of the moon’s surface is covered by volcanic materials, it was very important that they know something about the lava they would encounter. This was the reason that the astronauts visited such places as Hawaii, Iceland, and Craters of the Moon. Visiting these places allowed the astronauts to become educated observers who could describe the surface features they were exploring to geologists back on Earth.

In 1999, Astronauts Cernan, Engle, and Mitchell (Shepard died in 1998) returned to Craters of the Moon to help celebrate the Monument’s 75th Anniversary, 30 years after training here. When here they all talked about how beneficial their training here had been and how knowing about what was “in their own backyard” prepared them so well for their missions to the moon.”