On our way from Two Rivers, WI to Chicago we wanted to stop in Milwaukee to see the Art museum. In order to do this we had to look on GPS to find out if they had a place to park the RV near the museum. They did not. The next step was to find a place that we could park this monstrosity while we unhooked the Jeep and drove to the museum. On the Google Maps satellite imaging, it appeared that the a local Walmart had room in the parking lot that we could park at. Bonus, I could grab some groceries when were done exploring the museum.

Have any of you ever been to Milwaukee? If so, you may know where I am going with this. As we were driving into Milwaukee, we immediately saw a run down city with trash everywhere. When we pulled into the parking lot of the Walmart we noticed a police car patrolling and signs everywhere saying the city police was watching the security cameras. We were slightly concerned about leaving the RV parked in the parking lot but we were committed to visiting the museum. As we unhooked we got many stares and a few people stopped and asked for a ride. 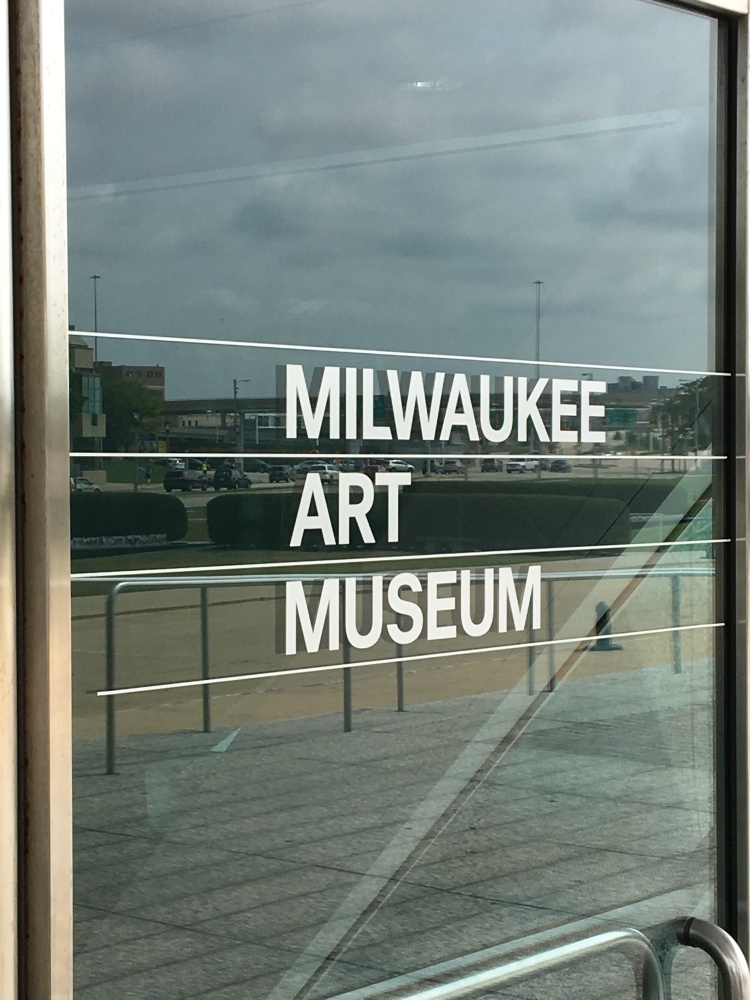 Are you wondering why we would go through the risk of the RV being broken into or vandalized, just to see a museum? Well, last week we had a Transformer marathon to prepare for our trip to Chicago and in the 3rd movie Patrick Dempsy is introduced in this amazing building. I was blown away by this building’s architecture that I immediately  looked it up and saw that it was in Milwaukee and on our way to Chicago on Saturday.  How cool is this building? 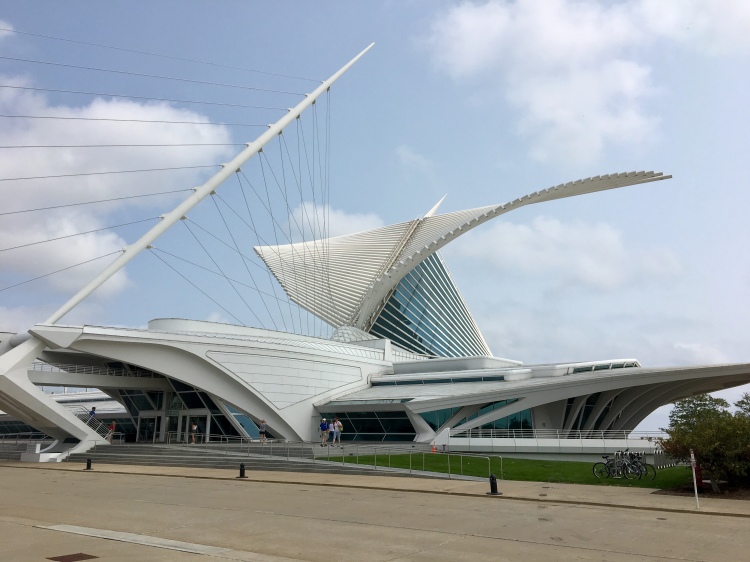 We found out that those wings close at noon for 15 minutes everyday so we got there in time to see that. 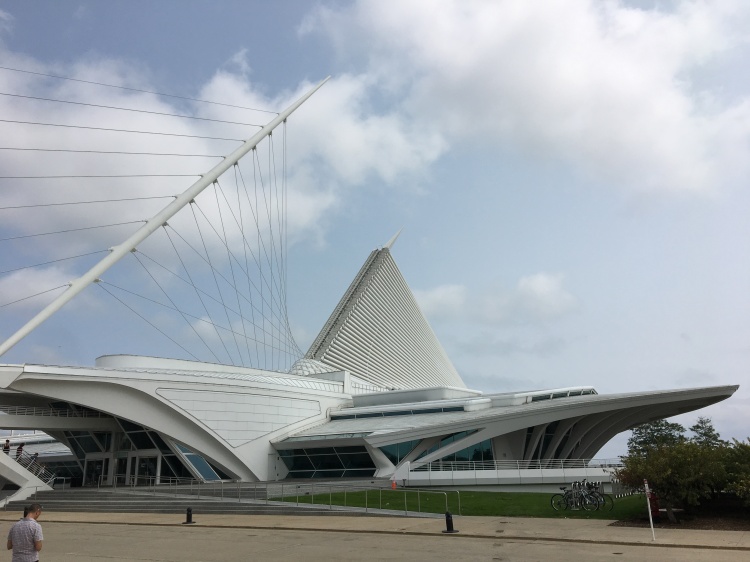 I was hoping we’d see Patrick Dempsey when we walked into the lobby but no such luck. 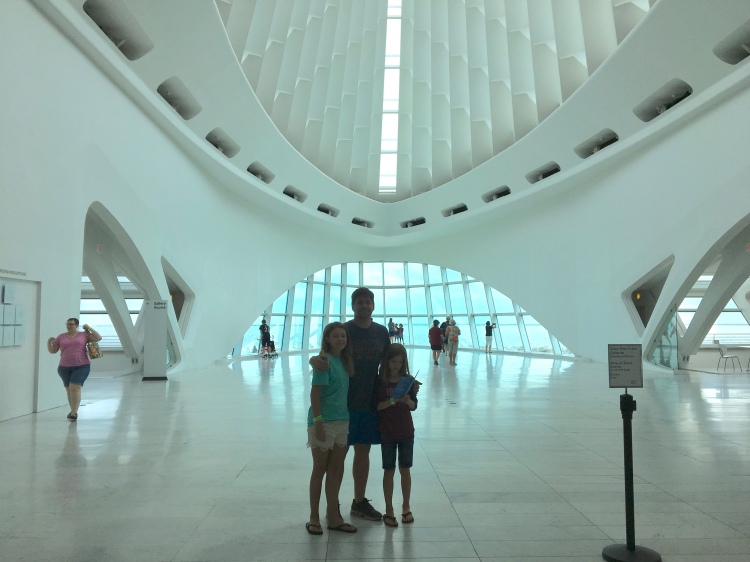 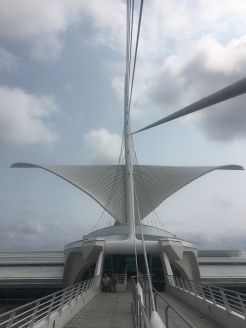 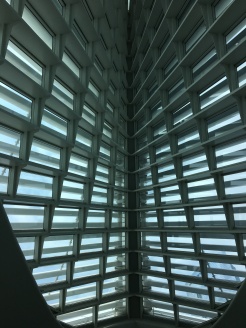 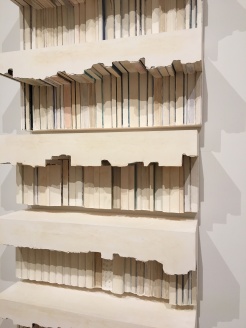 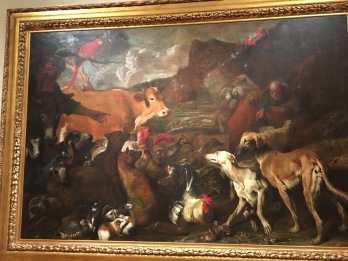 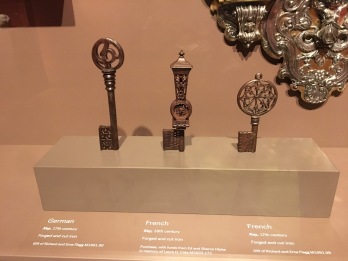 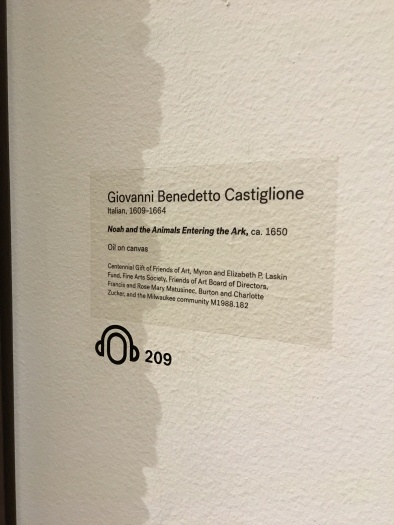 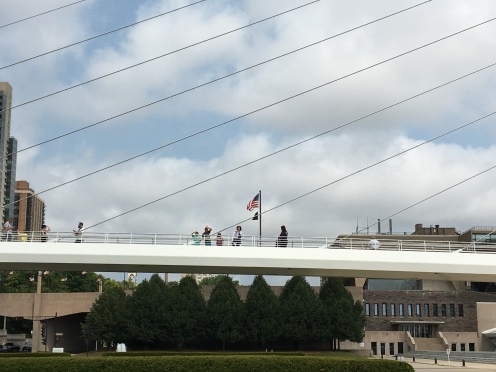 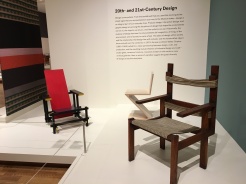 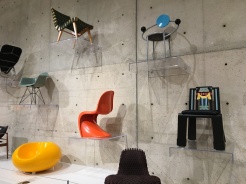 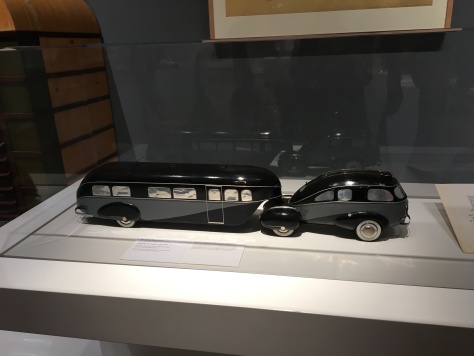 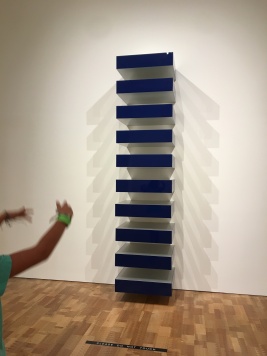 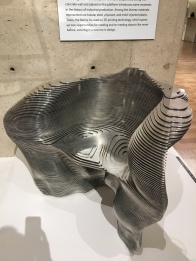 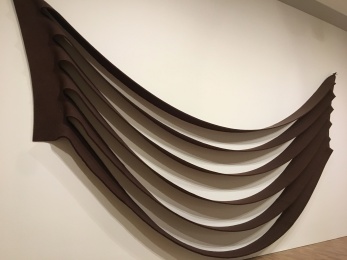 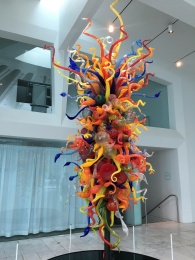 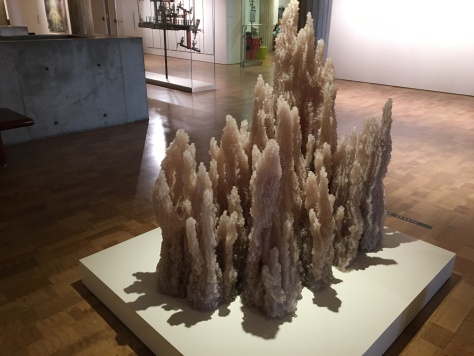 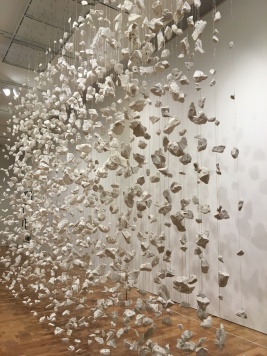 There were amazing art exhibits inside the museum. Some highlights were; artist chairs, button sculptures, felt art and a piece from Chihuly.

We enjoyed catching the last weekend of the William Kentridge Exhibit. His, More Sweetly Play the Dance, is a multisensory experience from this South African artist  It combines drawing, filmmaking, and animation with music. 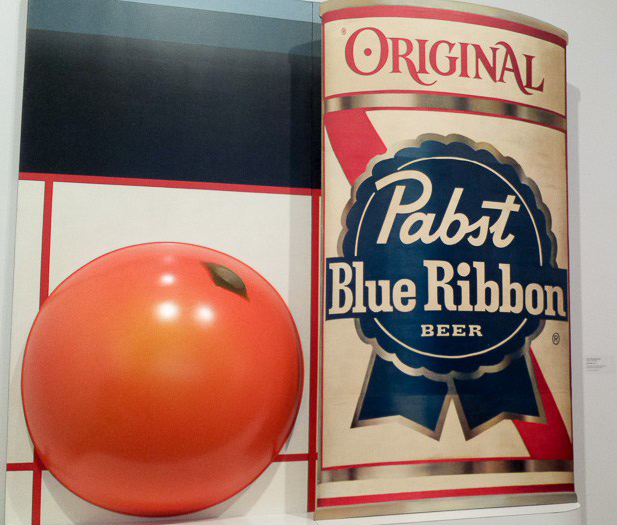 A little history behind this Pabst Blue Ribbon art piece on the wall. The original brewery was started in 1844 in Milwaukee. During Prohibition, Pabst stopped making beer and switched to cheese production, selling more than 8 million pounds of Pabst-ett Cheese. When Prohibition ended, the company went back to selling beer, and the cheese line was sold to Kraft.

Upon returning to the Walmart parking lot, we found our RV in fine condition. The patrolling police man drove by and nodded. Chris hooked up the Jeep to the back of the Rv while the girls ate dinner in the RV. I went shopping in Walmart. I was almost complete with my list when I was heading up the the front and heard loud screams coming form the front. People started running up there to see what was going on… not me, I turned around and headed to further to the back of the store behind shelves in case gun shots rang out. When I thought things had died down I proceeded with caution to the front to see two ladies being escorted out the front doors. There had been fighting.

Then as I finished up my self check out (which there were 6 employees in this area for 6 registers where is usually one) I saw a cop stop a lady and ask to see her bags. She had stolen some t-shirts and started yelling at the cop for accusing her of such. She threw the shirts at him and stormed out dragging her children in tow and cussing up a storm. WOW! Get us out of here!