We stayed at Camp A Way RV resort in Lincoln, NE. They had lots for the kids to do all week. Their favorite was the water balloon wars! We met a full-time family that we will try to catch up with in March or April when we are both on the east coast. 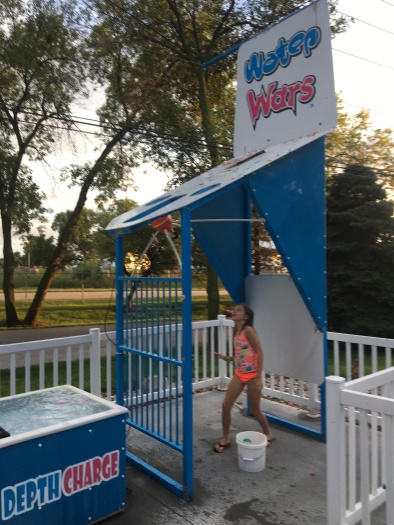 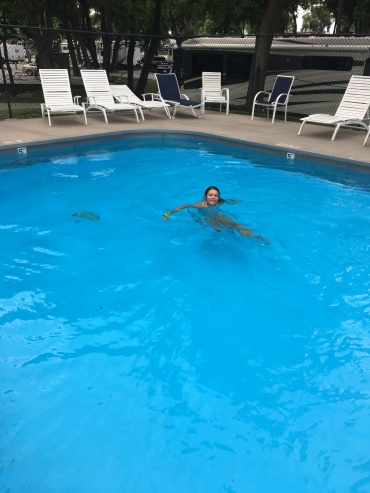 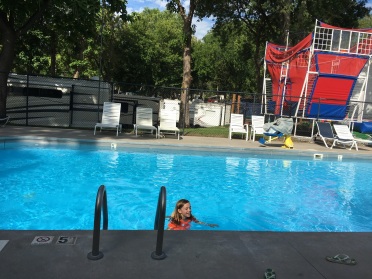 We arrived on Saturday, which was the first Nebraska game of the year. The Cornhuskers football team is so popular that it has been sold out every home game at the 77,000 seat stadium since 1962!

We did the traditional Gator chomp in front of the stadium the next day after the crowds left. 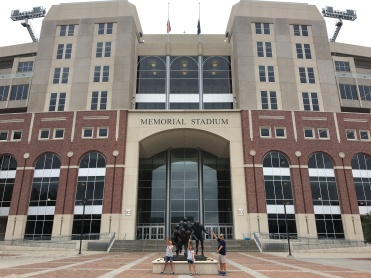 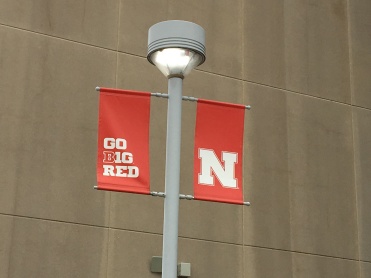 The campground was packed with Nebraska fans. Unfortunately a horrible storm came through and cancelled the game. It was the first time is 128 years Nebraska had to cancel a game due to weather.

The next day, we celebrated our Nomadiversary. One year down, one year to go.

We visited the Nebraska state capitol building. The Nebraska Legislature is officially unicameral and nonpartisan, making Nebraska unique, no other state has either a unicameral or a nonpartisan legislative body. With 49 members, it is also the smallest legislature of any U.S. state. They did this as a cost saving measure during the Great Depression of the 1930’s.

There are worksheets on their website that I downloaded and had the girls do while we took the hour long guided tour. 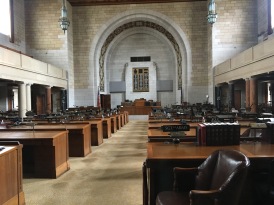 The University of Nebraska State Museum is right next to the Memorial stadium. It was on our list of museums we can access free with our passes so we decided to check it out while downtown. It has wide range of Native American artifacts and prehistoric fossils. 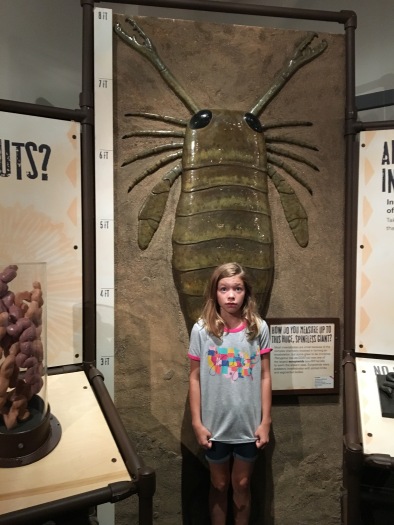 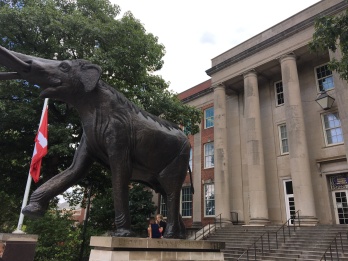 The next day was Labor Day so we had a full day planned.  We decided to drive to Omaha to check out the sites there. It’s an hour from Lincoln so we made a plan to stop half way and have some fun. We split up; Chris and Abby played golf at Quarry Oaks and Mackenzie and I went to the Air and Space museum. They were on the same exit only minutes from one another. 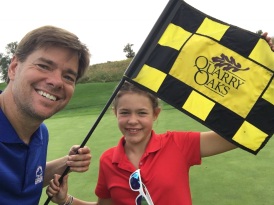 The Strategic Air Command & Aerospace Museum is a museum located in Ashland. They have historic aircraft, missiles, and space vehicles on display. It has one of the top collections of strategic aircraft in the country. Some girls go shopping on mother- daughter dates- we go to museums. 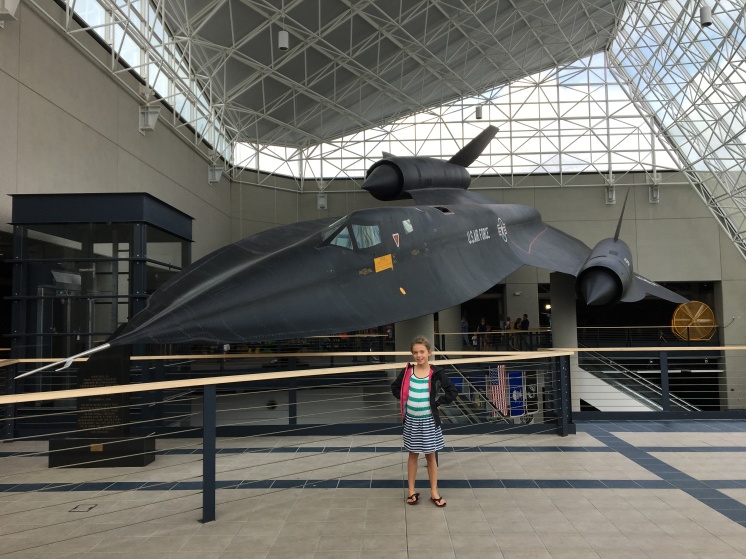 We some unusual things driving across the country this is one of them. Yes, this is a thing… look it up if you don’t believe me.

On to Omaha. Omaha became a major railroad terminus with the construction of the transcontinental railroad in 1868.

Upon driving into town we stumbled across this cool square where there were impressive bronze statues depicting the Oregon Trail. More than 428 miles of the original Oregon Trail passed through Nebraska. 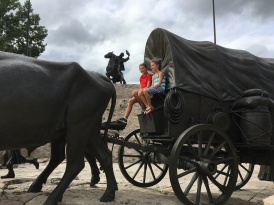 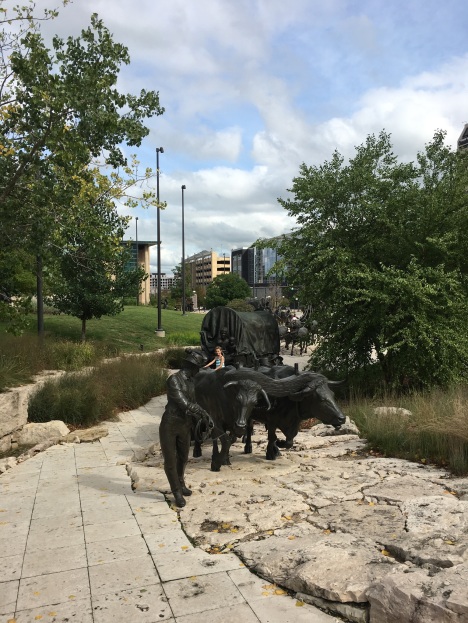 We went straight to the Lewis and Clarke National monument because they closed at 5:00pm and it was already 4:30pm. We explored the visitor center for 30 minutes.  The ranger gave the girls their badges so they could complete the books at home. They are also the national information center for all the national parks so I was able to pick up maps for several parks we will be visiting soon. 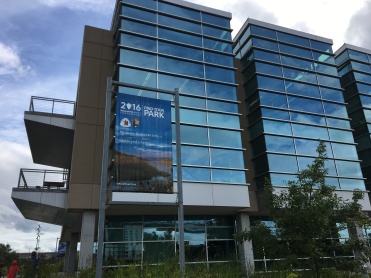 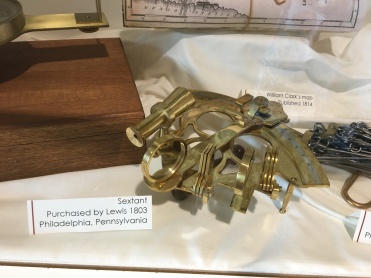 Right behind the NPS building is Bob the Bridge. This is a pedestrian suspension building that connects Nebraska with Iowa. It was a cool ‘S’ shaped. We posted a picture of us on Bob’s instragram page so they are sending us t-shirts in celebration of his 10th birthday. 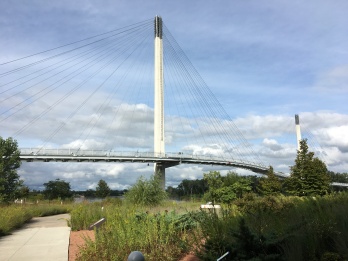 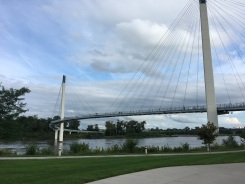 We headed over to the restored Old Market warehouse district for dinner. We ate at The Old Spaghetti Works. It happened to be Kids Eat free night- Bonus! The salad bar was in the back of a Model-T truck.

We were stuffed but had to walk over and try the ice cream at Ted and Walley’s. They have made-from-scratch ice cream, slow-churned the old-fashioned way with rock salt & ice in antique White Mountain freezers. They have the most unusual flavors of ice cream I’ve ever seen. They were so crazy I can’t even remember the unthinkable combinations.  Something like Sriracha lime was one of them. I tried a few samples and couldn’t see eating a whole scoop of it, so we decided on vanilla and peach. Boring but YUMMY! 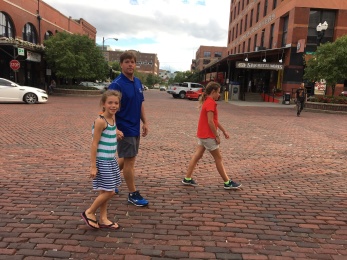 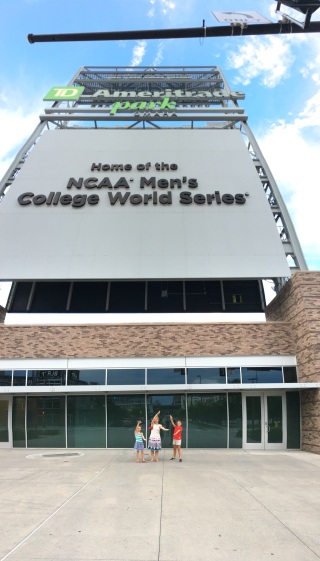 Mackenzie found a a beautiful turtle in the road walking back from the Zoom Flume slide. When on the road we don’t have any pets so they named her Nebraska and kept an eye on this gal for the day before taking her back to the river behind our site.

There were several places we wanted to try for dinner in Lincoln this week.

Raising Cane’s is similar to a Zaxby’s but not as good. However, the story behind the name and logo of the restaurant was cool to read about.

Honest Abe’s is not your typical burger joint. Combined with the fact that we love Abe Lincoln, the town is named after him and the funky burger toppings had our curiosity to try this place. I tried the colonel (Mozzarella cheese / basil / tomato / balsamic mayonnaise / roasted garlic vinaigrette / Italian seasonings) and Chris tried the Greatest burger ever with Parmesan truffle fries. Yummy!

These swords were Abe’s! 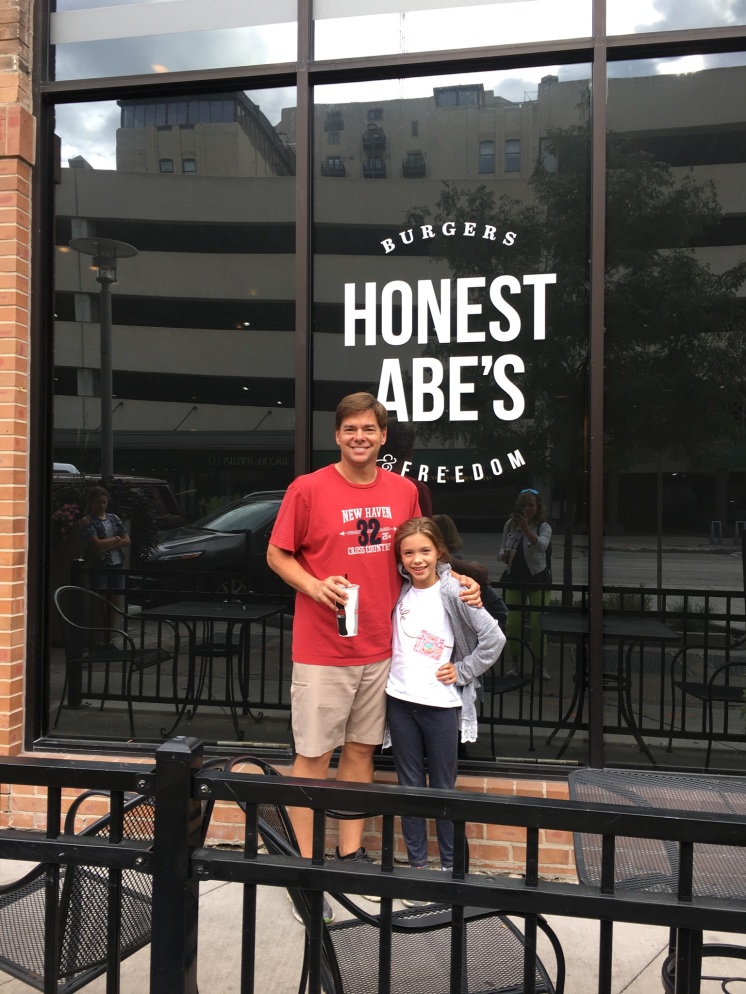 The Blue Blood Brewery built a building over top the cave and give tours twice a week at 6pm for $10 each. We were handed a sample of the pineapple beer they serve in the brewery and took a tour of that before we headed down to the cave. I was intrigued in the history behind this natural cave that had a brewery on top of it in 1860’s then was shut down and covered up, then it was uncovered and used as a hideout  and a hang out now it recently it has come full circle with a brewery on top of it.

Our tour guide, Joel Green, has written a book about the longtime history about this cave so he was an expert on the subject. Jesse James once took cover in Robber’s Cave (also has been called Lincoln Cave and Penitentiary Cave). One of the men on our tour had been in the cave 50 years ago when anyone could go down there and explore.

They hold weddings and movie nights down there along with the tours. 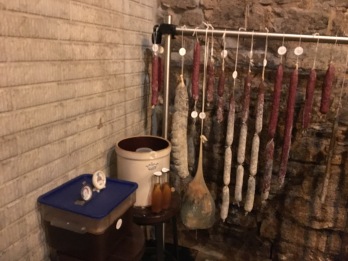 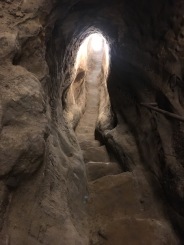 In Cedar Rapids, we couldn’t find a pediatric dentist that would take a new patient over the age of 8 so I looked into Lincoln. We found Lincoln Pediatric Dentistry that was only 10 minutes from us. They have a nice office and a great staff. Their teeth looked great. She actually said, chose ice cream or chocolate for sweet treats instead of chewy candy, so I took them to get ice cream afterward. It was 10:30am so we went to the frozen food isle of the grocery store 🙂 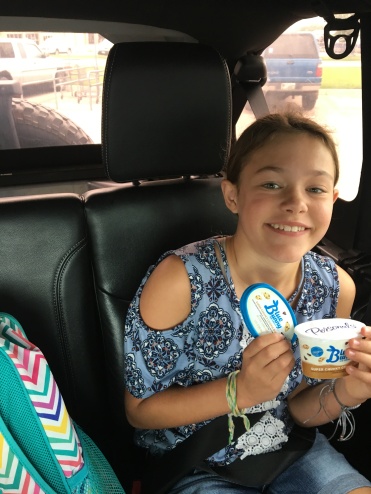 We used the South Branch Library (only 5 minutes away) for our classroom this week because it rained most days and there was no clubhouse at the park. We liked it because they had study rooms we could reserve for the whole day complete with white boards! They also had tables in the lobby that we could eat our packed lunches. 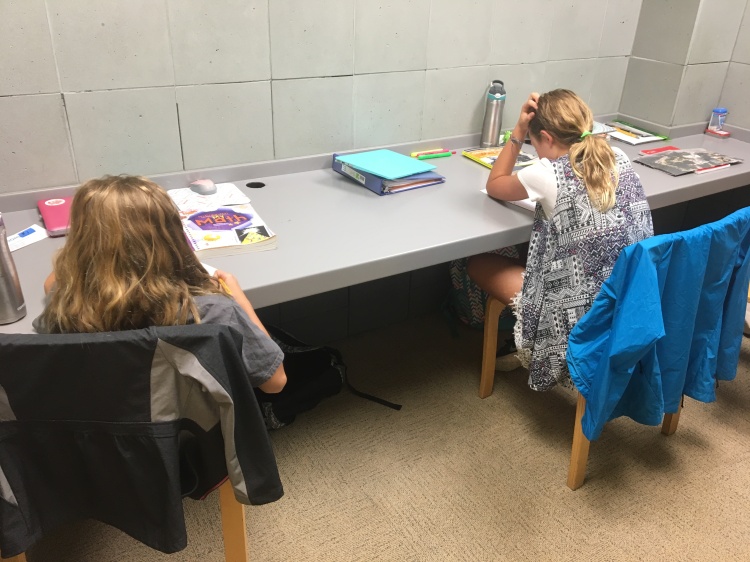