All the state road signs are in the shape of the Beehives which is also on the state flag.  It is called the Beehive State because the early settlers identified themselves as industrious like the honeybees. 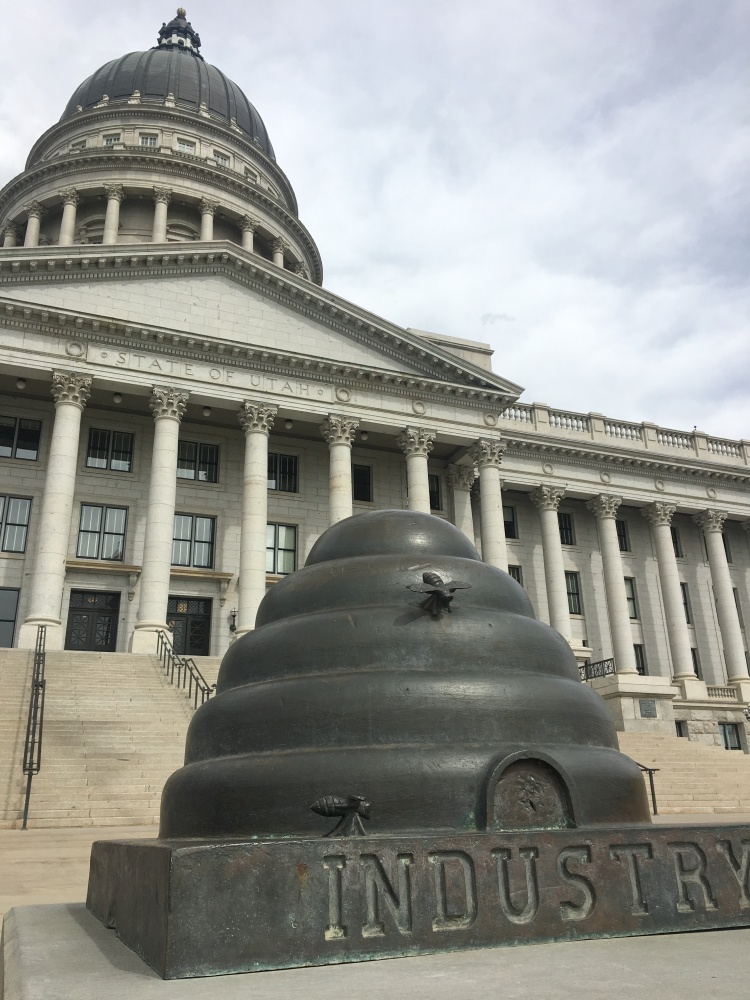 Salt Lake City is known for their skiing but Chris was told by guys he played golf with that the snow fall has been so low the last three years that the tourism is struggling.

Sunday we visited the Temple Square which is the #1 tourist attraction in Utah. Three of the buildings were built by the Latter Day Saints pioneers. We couldn’t go into the Salt Lake Temple because it is only open to members performing sacred ordinances like baptisms and marriages. It was built by pioneers from 1853-1893, 40 years. They do have a model of it in the South Visitors Center. We were very interested in the basement room with the cattle holding up a tub full of water. After researching it on the large interactive screens, we learned it is their baptismal font. This baptismal font in the Salt Lake Temple, and in other LDS temples, is set apart from the local church baptismal specifically to perform proxy baptisms on behalf of deceased persons. It is explained like this on the website this: ‘Everything about the temple is designed to teach gospel principles through symbolism; including the baptistry and font. For example, the baptistry is always located on the bottom floor of the temple, symbolizing the beginning of the person’s path along God’s Plan of Salvation. Proxies are baptized by complete immersion to symbolize being buried with and rising again with Jesus Christ. The font itself sits on the back of twelve oxen which represent the twelve tribes of Israel, and is a replica of the brazen sea that sat upon twelve oxen in the Temple of Solomon, as described in the Old Testament Book of Jeremiah.’ 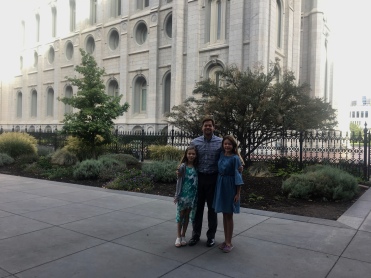 We visited the Tabernacle on Sunday morning so we could listen to the world famous Mormon Tabernacle Choir and Orchestra. The Live Broadcast of Music and the Spoken Word is held every Sunday morning at 9:30am. During the 30 minute broadcast, you can’t talk, take pictures, applaud, move or cough. Anyone can attend and it’s free. If you miss the live broadcast you can check out recordings on youtube. 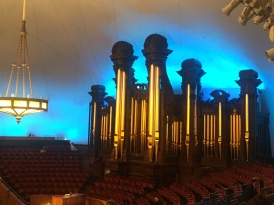 After watching and listening to the choir, we went outside and took a free tour of the square given by sisters of the church. They told us more about the Tabernacle and then we went into the Assembly hall. The ceiling of the assembly hall is adorned with the state flower, the prairie rose.

Before heading over to the Capitol we enjoyed lunch at the Red Iguana. This was a Guy Feiri recommendation. He loves the Mole Negro so much so that he even put it in his cookbook. Chris tried that and I had the Tacos Don Ramon which they are known for. It was all yummy but I will say that my tummy didn’t agree with it. 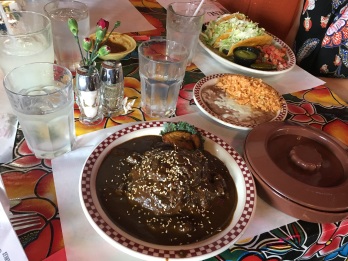 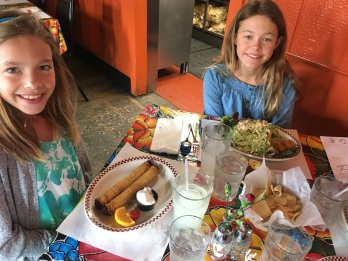 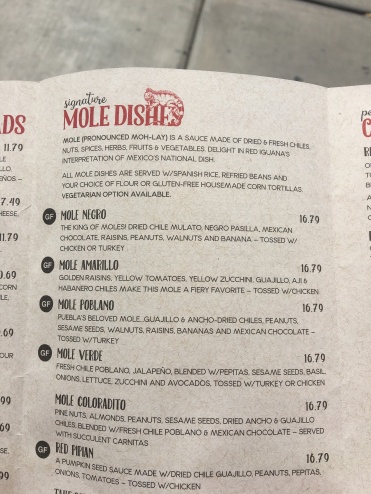 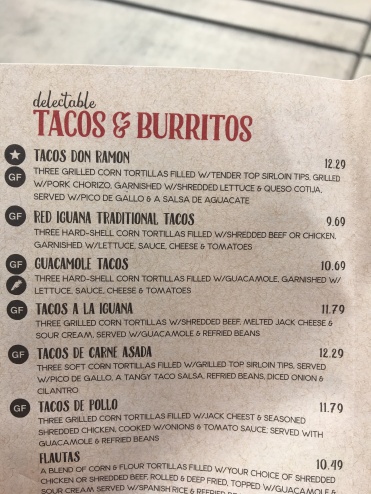 This capitol building is modeled after the White House in Washington, DC. From 2004 to 2008, the Utah State Capitol underwent one of the largest historical preservation projects in the United States. There were no tours offered on Sunday’s so we picked up a self guided brochure. Pictured below is the statue of Brigham Young, founder of Salt Lake City and the second president of the Church of Jesus Christ of Latter day Saints. We also enjoyed learning the gentleman that invented the TV, Philo Farnsworth, is from Salt Lake City.

The granite and copper statues were magnificent. 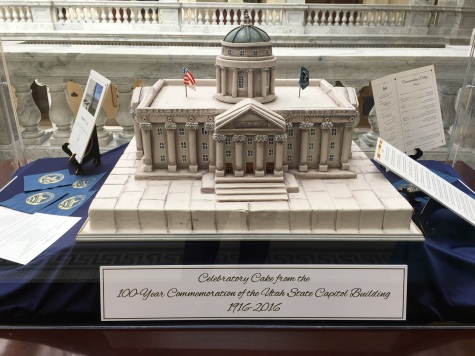 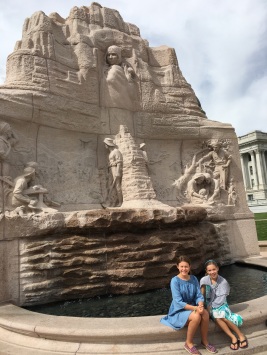 Chris played golf at Thanksgiving Point on Monday after work. It is the highest rated golf course in Salt Lake City. It weaved along the Jordon River.

Tuesday the girls and I visited The Leonardo aka “The Leo” museum of science and art. It was a very hands-on kids museum. They had an Lego exhibit, Giant plane, an entire art studio and music section. 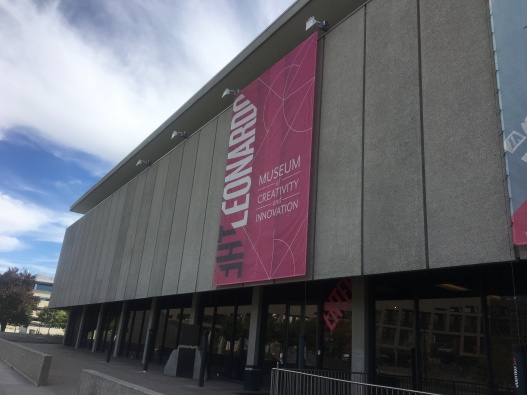 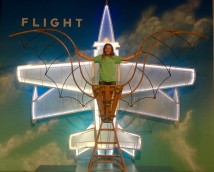 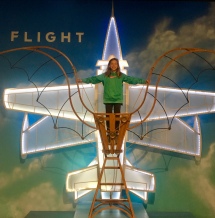 Across the sidewalk from The Leo is the Main Library in Salt Lake City. It is a six story curved building with an outdoor walkway to the roof where there is a beehive and garden. We could see the hotel, The Grand American, we stayed at when we were stuck here on that cancelled flight back in June. 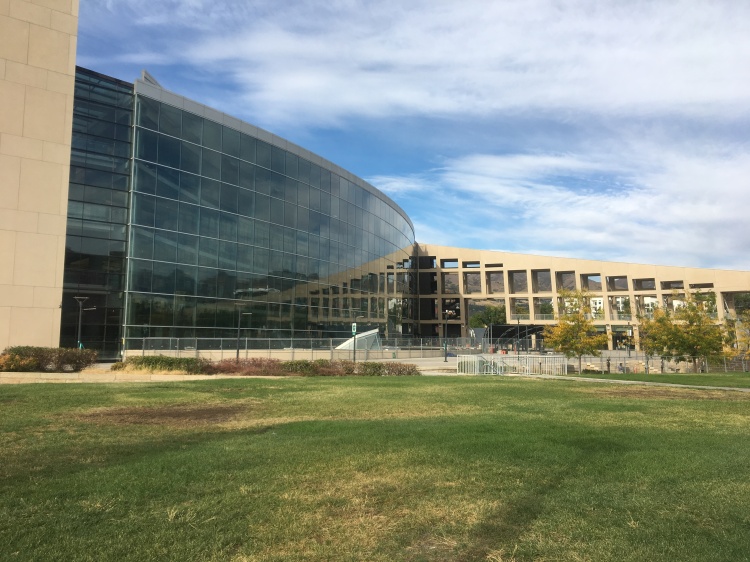 Wednesday and Thursday we just did school work in the rig because Chris was traveling for work. Girls night was complete with facials and Little House on the Prairie marathon.

Friday the girls and I went out to The Great Salt Lake for a picnic and to learn more about the lake. We did wade out in the cold water (66 degrees) and experienced floating in salinity water. It was bizarre. This lake is the 10th saltiest lake in the world. Only brine shrimp and brine flies live here with algae and bacteria. The girls knew a little about Brine Shrimp since they had sea monkeys a few years ago. Now they got to swim amongst billions of them! They collected brine shrimp samples in their water bottles and studied them.

Since it is a state park, they had a junior ranger program. I read while the girls took an hour and a half to complete the booklets and earn the badges.

The first image is of the Saltair at present day and the second image is of the Saltair in it’s prime. The original Saltair was built in 1893 by Mormons as grand and enchanting amusement park, dance hall and resort. It was successful until it burned in 1925. They built a new one and that one was flooded and they built a third one. It’s lost it’s flair and looks really run down but is still used for concert venues. 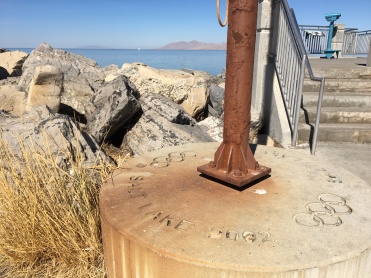 Check out the evaporating lakes they use to harvest the salt.

On the other side of the evaporating (dried) lake you’ll see the Garfield Smelter Stack. It is the tallest free-standing structure west of the Mississippi River, the fourth tallest smokestack in the world and the forty-third tallest free-standing structure on earth. It is the only operating smelter chimney left in Utah. It was built to disperse exhaust gases  from extracting copper from the ore in the mine. It is across the street from the Southern visitor center. The Bingham Canyon mine (aka Kennecott Copper Mine) is the largest  man-made hole in the world.  It has produced more copper than any other mine in history and still does. The mine has been in production since 1906, and has resulted in the creation of a pit over 0.6 miles deep, 2.5 miles wide, and covering 1,900 acres. The visitor center was closed so we couldn’t tour it.

We had dinner and did a little shopping at the City Creek Center Friday night. Sometimes you just need to pick out makeup and Minnie Mouse pajamas from the Mall. 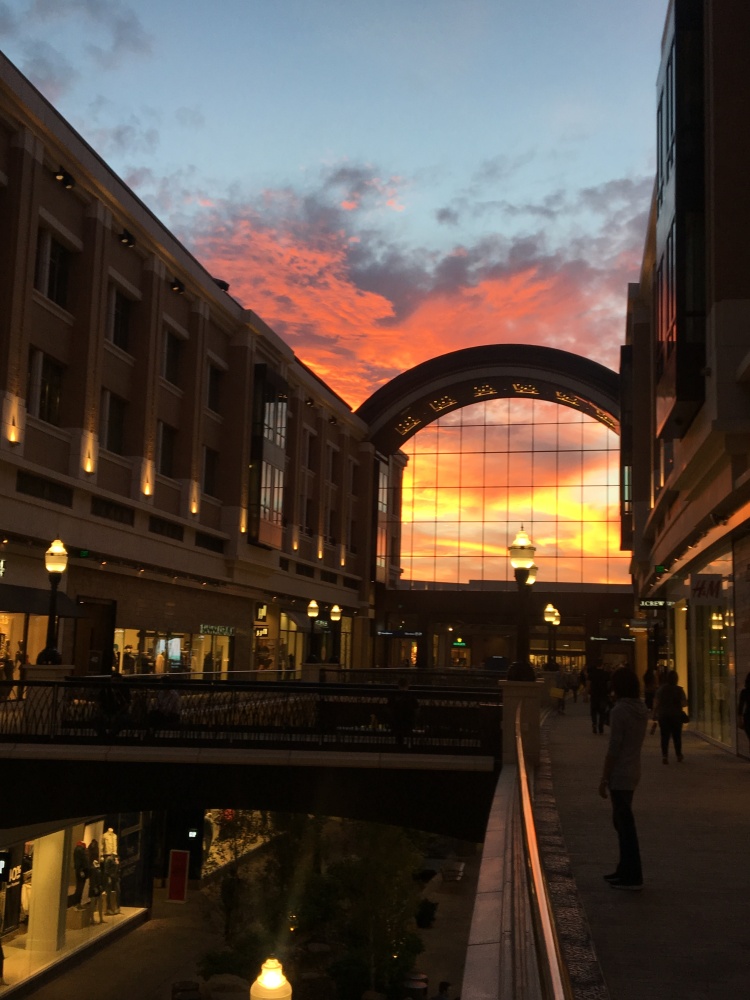 More genealogical records are stored here than at any other site in the world. It is open to the public. Chris and Abby went on Friday night after work to research the Adams Family line. Unfortunately, they didn’t discover anything new.

We did not go to Olympic park because we ran out of time and the summer bobsledding costs $75 each and you have to be 13 years or older.

We stayed at Pony Express RV Park which was right next to the Jordon River Trail. 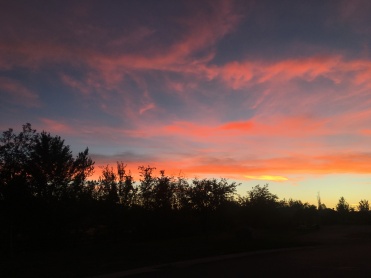 The girls and I took a few bike rides along this for our breaks this week. The pool was still open and the giant chess board was right next to our site. Check out the praying mantis! 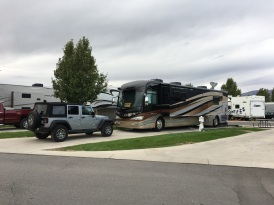 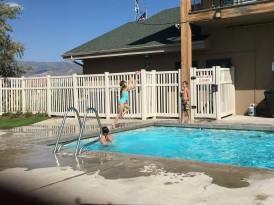 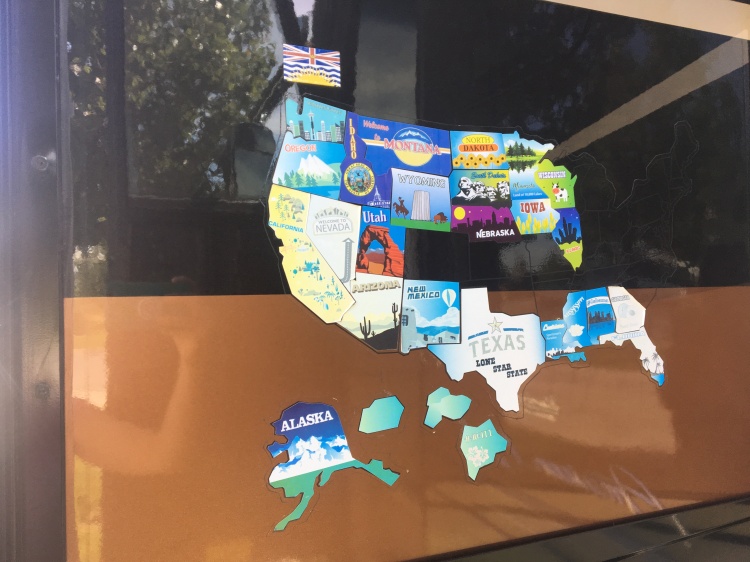