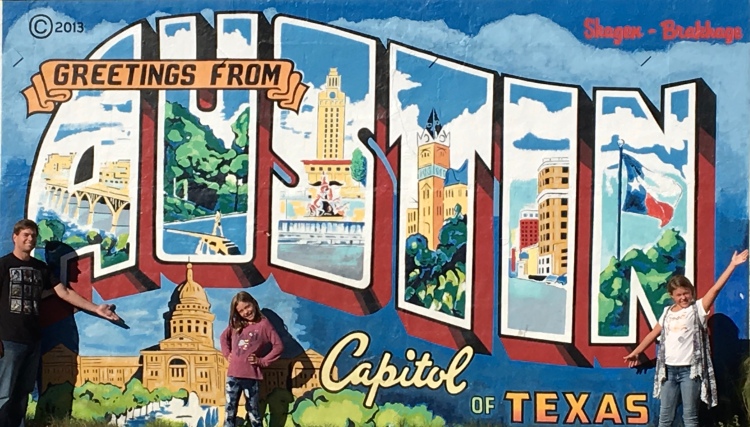 You may have heard ‘Everything is bigger in Texas’ well that includes this life-size postcard and the State Capitol. It is the largest capitol building in the United States. You may recall when I blogged about Baton Rouge, I stated that that building is the tallest in the US, this is the largest. It is built of red stone granite. The granite was gifted to the state of Texas from a quarry near by. Its really a beautiful building and the grounds have so many statues and monuments that are worth taking the time to read.

Inside the building, while we waited for our free guided tour, we played in the rotunda. If you stand on the start in the middle and talk in a normal voice it sounds like you are speaking through a megaphone. In case you forget where you are, just look at the giant door hedges. It was Stephen Austin’s birthday the day we visited so people were dressed in period pieces who were preforming a wreath ceremony to celebrate. Notice the lights on the ceiling they are even stars and the lights spell TEXAS. The Lone star is EVERYWHERE! 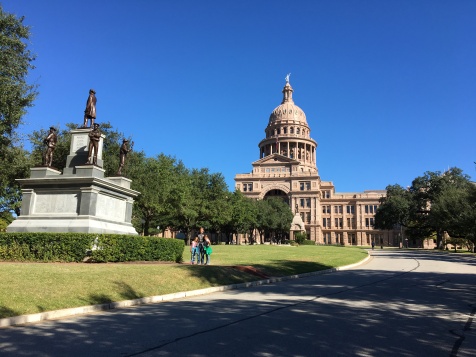 Standing in the middle of the Rotunda (if you stand on the star and speak, it magnifies your voice)

We are in the secret underground 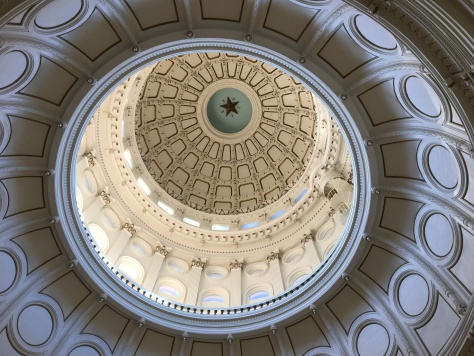 Rotunda. The star at the top is 8 feet wide 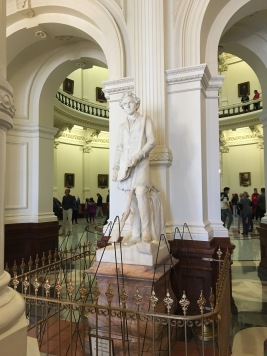 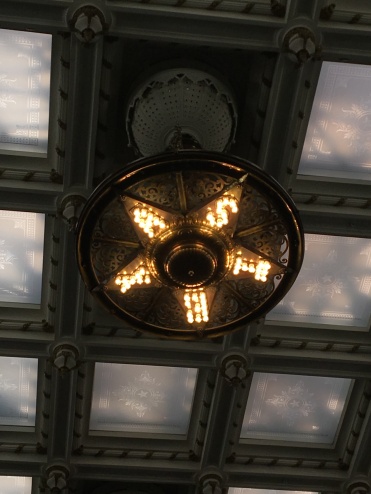 Can you tell they like their stars? These even spell Texas.

In case you can’t remember where you are, just look at the door hinges. 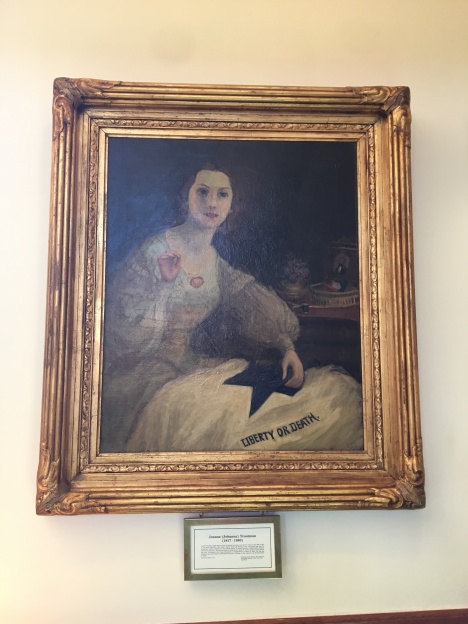 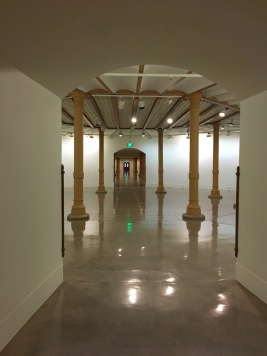 Today was Steven Austin’s birthday so they had a wreath ceremony for him. Everyone was dressed in period pieces. 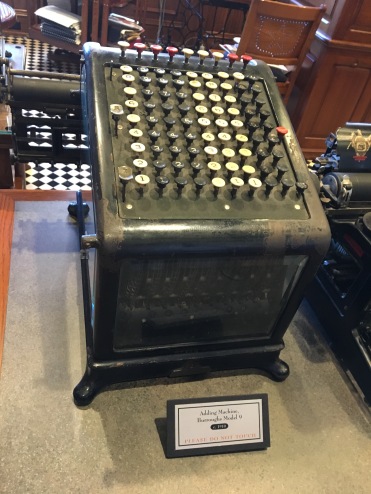 Our second Presidential library to date. This one had three stories and was really well done. LBJ was the 36th president. The first two manned missions, Apollo 7 and the first manned flight to the Moon, Apollo 8, were completed by the end of Johnson’s term. The Houston space center is named after him, while the Cape Canaveral one is named after JFK. We will come back through Houston and visit it then. We learned a lot about Linda Byrd Johnson and their two daughters.

The Madeline Albright pin exhibit was an unexpected treat. Madeleine Albright discovered the power of jewelry to convey a foreign policy message. She would select an appropriate pin or brooches to wear to particular meetings. The jewelry, described by Albright as “Pins of the People,” soon became her diplomatic signature.Read My Pins exhibit features more than 200 pins and brooches from her personal collection. It has been a traveling exhibit for 9 years and ends January 2018 her at LBJ’s library.

Sesame Street seemed out of place until we learned LBJ signed the act to start PBS and PBS ran for 50 years.

The replica of the Oval Office was a highlight. It was 17/18th the size. 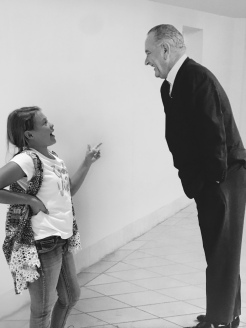 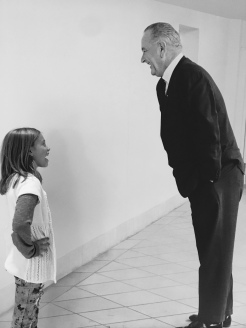 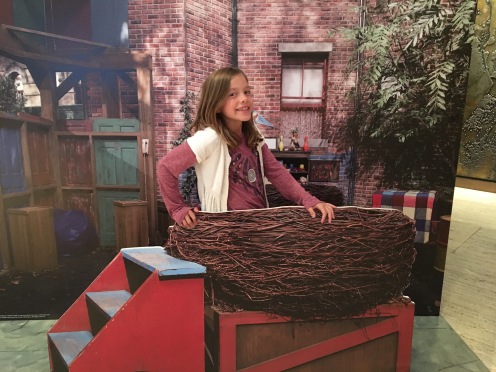 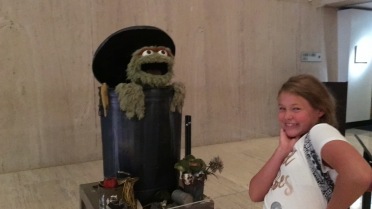 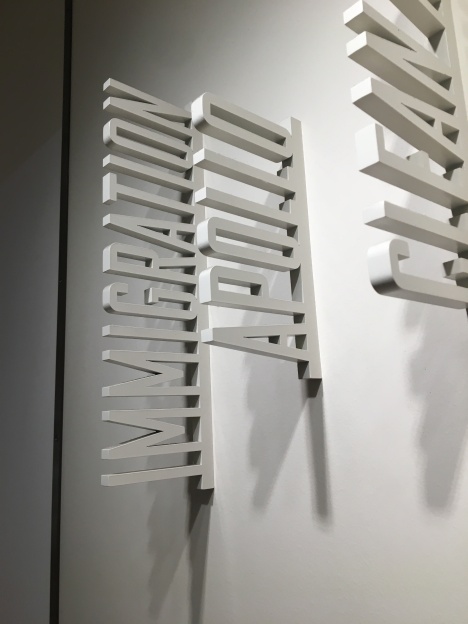 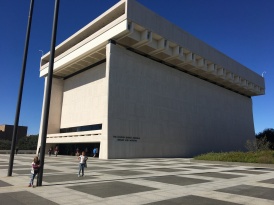 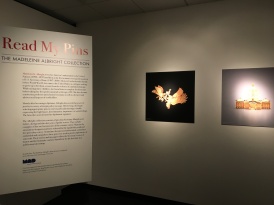 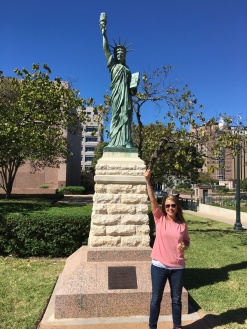 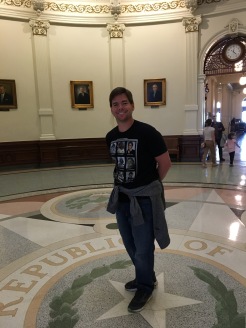 Dinner… not really! We drove down to South First street to get our picture in front of the Austin postcard mural and to have dinner. We ended up at Gourdough’s, a food truck (Airstream), that serves gourmet doughnuts that are huge! We ordered the Nutty Valentine and the Son of a Peach. These things were out of control sweet!

Food trucks are everywhere in Austin! 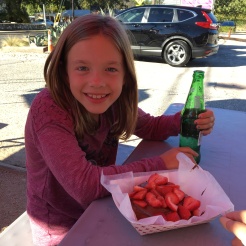 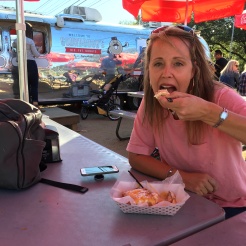 I learned on a full-time RV family blog I follow that Kern County Museum in Bakersfield, CA was a what they call a traveling membership. This type of membership can be purchased online and is a part of the ACM, ASTC, time travelers, and the NARM reciprocal program! That covers children’s, art, science and history museums. $125 annual family membership get me into hundreds of museums for free! The Thinkery in Austin was on the list so that was the first time we were able to try out our new membership. I didn’t even have the cards yet (being mailed to my mother-in-laws) so I just showed them my id and my email confirmation and we were all set. This is a fantastic children’s museum. I highly recommend it. Great science and art areas as well as a fun backyard section. It is located in a really cute area that has restaurants and a huge public playground all next to a river. 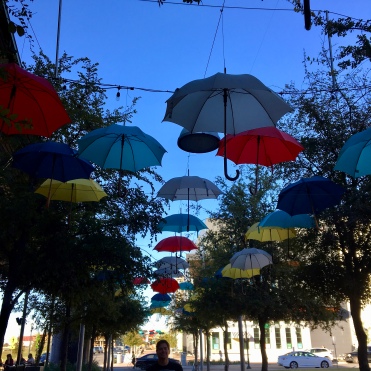 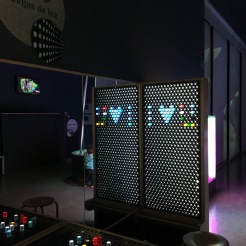 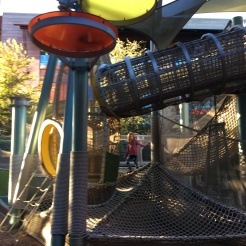