One of the main reasons we try to visit many National Parks is for girls to learn history, geography, numerous branches of science, and having unique experiences only visiting National Parks gives them. They have earned 26 junior ranger badges/patches each so far which is a fun accomplishment for them after each visit to a National park or monument. They also have great conversations with the rangers when they are being sworn in. The girls take protecting and preserving our national and state parks serious. They are wonderful stewards for caring for our envirnoment and planet and I thank the National Parks system for instilling this great virtue in my children.

The junior ranger program is available and free in all the national parks and most of the state parks. The annual membership for the National Parks is $80 but we got it free this year because of the “Every Kid in a Park” promotion for 4th graders. There are also a number of web junior ranger programs or online patches you can earn. Here is a link to earn 8 badges at home by downloading the booklets and mailing them in. NPS

We stayed at Camp Lakeview which is on 300 wooded acres on Tanwax Lake in Graham, WA. FYI- there is a no alcohol rule. We stayed in the Beechnut site 7.

We loved the big space and trees but quickly found ourselves surrounded by tiny white flying bugs that were landing on everything! It almost looked like a dusting of snow. I went to ask the front office about it as I dropped off some outgoing mail. They didn’t have a clue.

You see those pretty trees in the background? They are called Beechnuts and in the spring they attract a little insect know as the beech blight aphid. Known affectionately as the ‘boogie-woogie aphid’, when a colony of beech blight aphids is disturbed, they’ll lift their fuzzy posteriors high in the air and pulse them in unison as a warning to predators. After researching and finding out what they were, we studied these insects for some time and witnessed this ‘boogie-woogie’. They are a nuisance because they as they feed on the beechnut tree sap they exude honeydew that is sticky. The top of the RV and everything we had sitting outside was covered in these little buggers. We were able to spray and brush off most of them before we left but we did have a few hitchhikers which was bad news for them because where we are going there are no beechnut trees therefore no food.

They have several trails across the street where we stayed that lead to another lake. I saw banana slugs and deer the two mornings I ran back there. One of trails led to a private small lake that I took the family back to one evening to relax and fish. 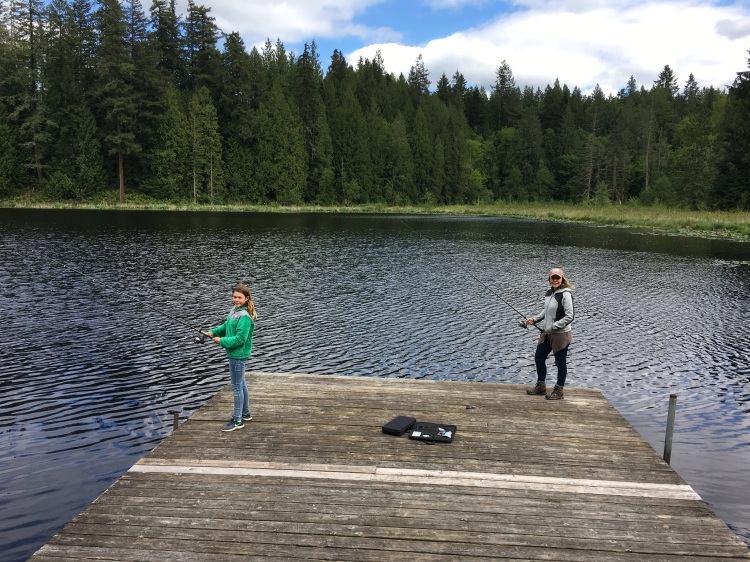 and kayaking. We were surprised when we rowed out to the middle of the lake and Chris turned to look at me and saw Mt. Rainier. What a sight!

Along with the lake for fishing and kayaking and the trials for running and hiking, there was a playground, picnic area (where we homeschooled a few days) and a basketball court.

It was teacher appreciation day

while we were here so the girls picked me flowers and gave me hugs. 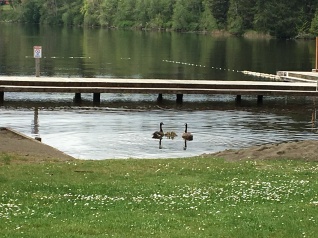 We loved watching the family of geese all week. We enjoyed all that this RV park had to offer and the staff was super friendly.

Mount Rainier was about a 30 minute drive from this RV park. It is a 14,410 feet tall mountain in the Cascade Range and has over 35 square miles of snow and ice. It is the mountain that is iconic for Washington and is the backdrop for their license plate. Mount Rainier is the tallest mountain in Washington and is ranked third of the 128 ultra-prominent mountain peaks of the United States. It can be seen from Seattle and Tacoma.

We visited the Henry M. Jackson Visitor Center at Paradise inside the Mount Rainier National Park. The Paradise Inn was closed for remodeling so we didn’t get to go inside of it. It was cloudy the day we visited but as we were walking out of the visitors center the sky had cleared for few minutes so I snapped this picture. I ran to the car to get the better camera but by the time I did, the clouds had covered it again. Mount Rainier has it’s own weather system.

We packed our sleds again but again found ‘no sledding’ signs. We are striking out. We climbed as high as we could without snowshoes and tried belly sledding 🙂

The park had great trails open at the base where there was no snow. 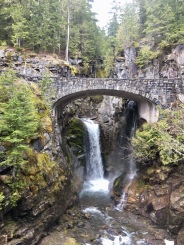 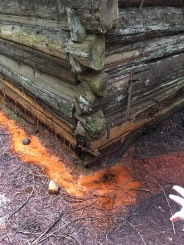 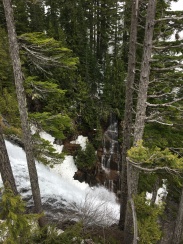 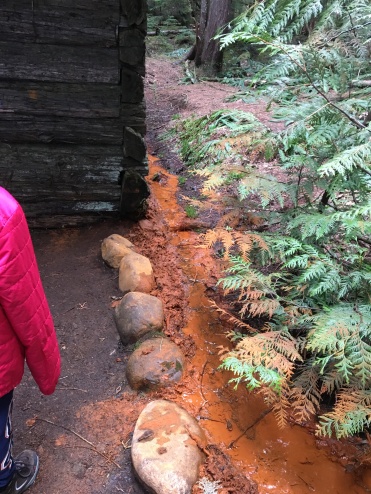 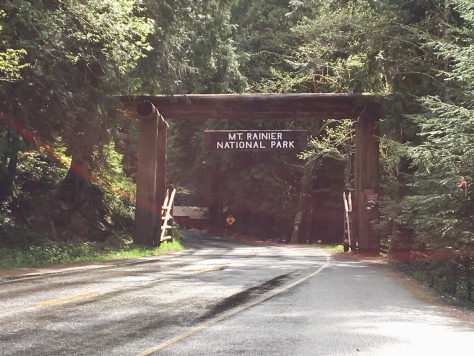 Chris took the girls to Chambers Bay to play golf this week. Chambers Bay is located on the Puget Sound, south of Tacoma. This is where Jordon Spieth won his first US Open in 2015. 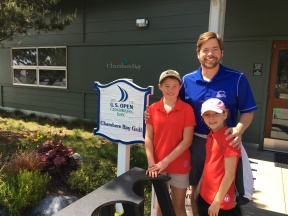 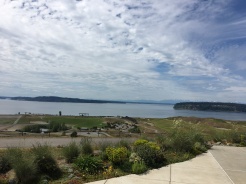 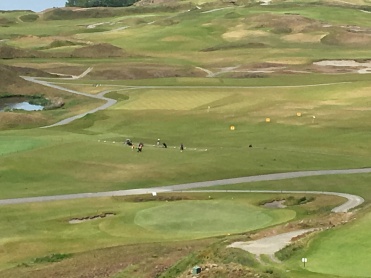 I dropped them off and went shopping. The girls only played nine holes so after I picked them up I took them to dinner and play on a playground while Chris finished the round. He really enjoyed the course but it was windy because it’s next to the water. 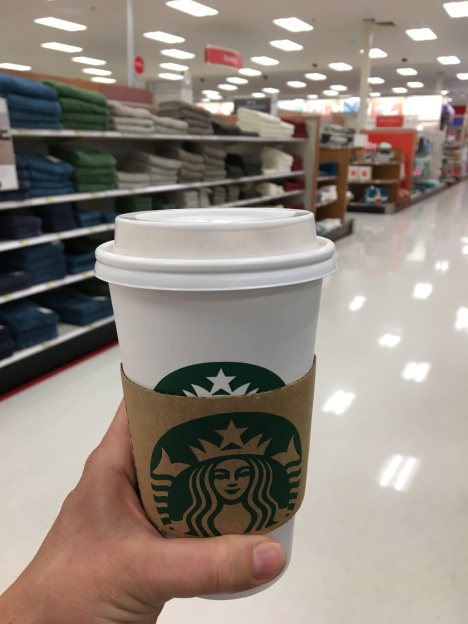 After golf we dove up to Tacoma to check out the Bridge of Glass. Dale Chihuly is a famous glass blower and this is where he is from. In 2002, he donated this bridge to Tacoma. It is free for the public and open 24 hours a day to enjoy. You may have seen his work in the lobby of the Bellagio casino in Las Vegas. 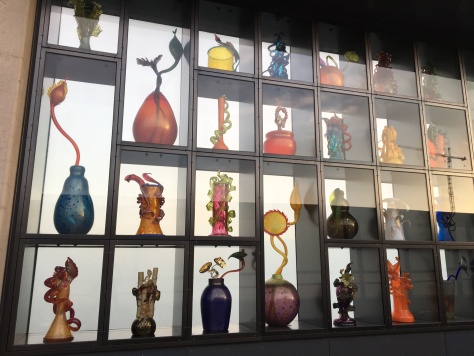 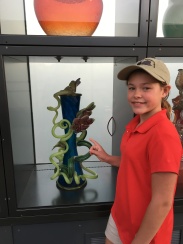