We made a day trip to Cape Canaveral to visit Kennedy Space Center. I dreamed of being an astronaut as a child so this was exciting for me to to take the girls. Mackenzie dressed up as Sally Ride back in April for leadership night at her school and is considering a career in aeronautics:)  She was thrilled to wear her costume again today even though it was 80 degrees and sunny.

We did a lot of school prep work before coming today. They both took notes the whole time and did great on their test at the end of the day.

We arrived right when they opened so we could take pictures without people in the background and so the crowds wouldn’t be thick for exploring the Atlantis shuttle and Apollo/Saturn V center.

We arrived just as two field trip groups arrived but it was as bad as I thought it was going to be because there really weren’t to many other people there. 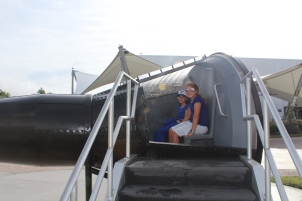 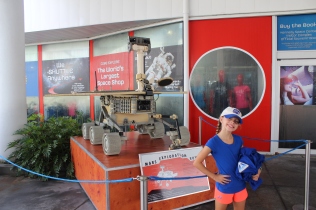 We took the tour bus to the Apollo/Saturn V center. The bus took us by the launch sites. We were able to see the launch site that Space X is leasing but we couldn’t get close because the next day a rocket was being launched from that site. The launch time was at close to 7pm Saturday night so we would be in Panama City by then and couldn’t stay to see it. On the building is painted the world’s largest hand painted US flag. When we arrived inside we were able to stand under Saturn V, the largest rocket ever flown. We learned about the Apollo missions and landing on the moon. The mock firing room was really cool! The whole room shook. 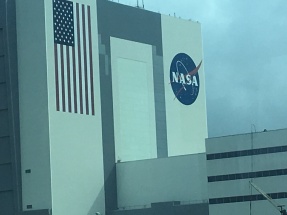 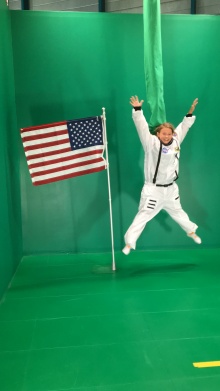 On the bus tour we drove past this section of trees. This picture is of the country’s largest bald eagle nest. There was even a bald eagle sitting in the tree. The nest has been there 40 years. And now the tree is diseased and dying, very sad.

Ecologists at KSC track the activities of local bald eagles. The space center covers 140,000 acres and is part of the Merritt Island National Wildlife Refuge. The refuge  provides habitat for birds, mammals, fishes and amphibians and reptiles.

Eagles usually nest in the area from September to May. They average 14 nests per year, this one being there the longest and is the largest.

The Atlantis shuttle exhibit was breathtaking. The way they present the shuttle is really something everyone should see. 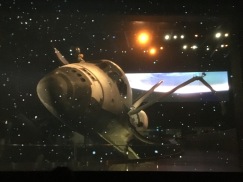 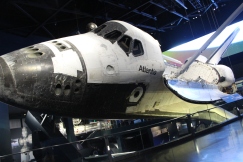 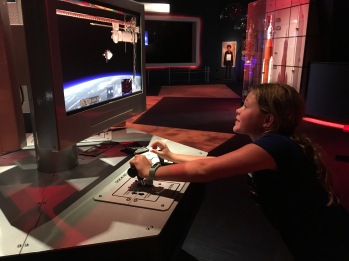 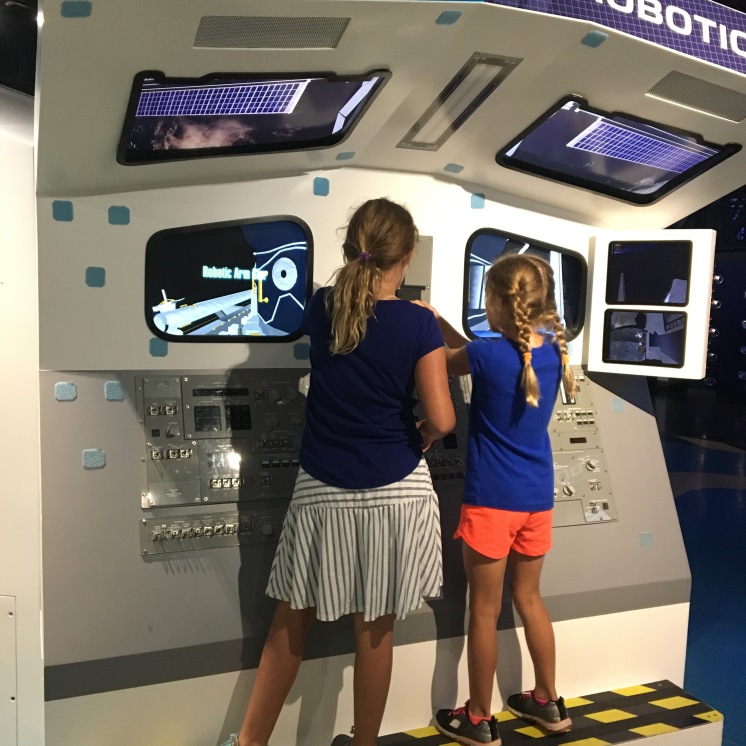 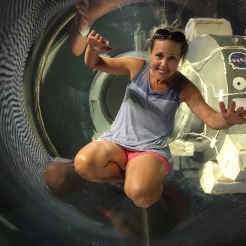 We had an opportunity to crawl around a model of the ISS and then use simulators and work on fixing a part of it. That building also has a really great ‘ride’. It is a simulator of the taking off in the space shuttle. 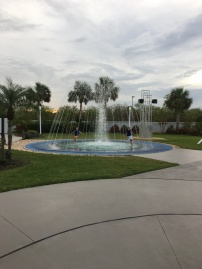 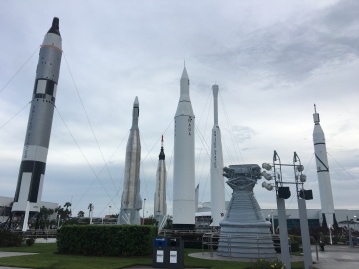 We sat in on a presentation of Jon McBride… a real astronaut! He was piloted one of the Challenger missions. We met him afterward and he signed Mackenzie’s hat. She was ecstatic! 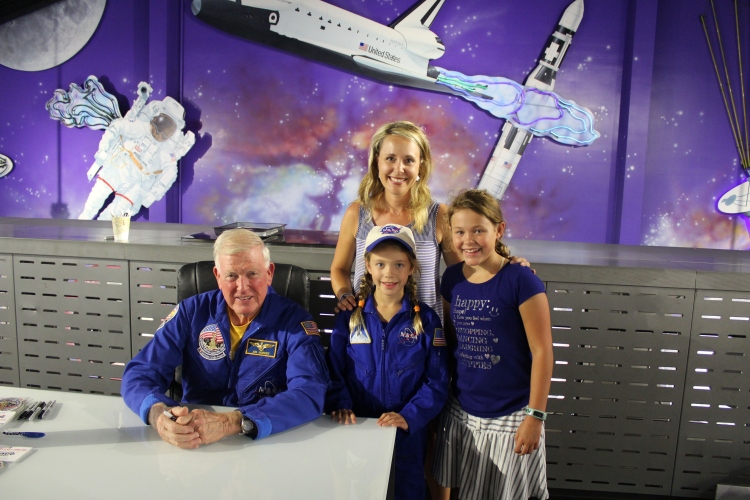 This was one of my favorite trips so far! Yes I am a geek:)